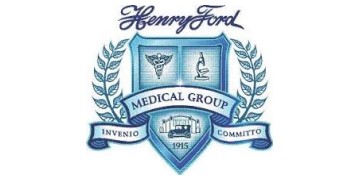 The Neuromuscular Program at Henry Ford Hospital is seeking a board eligible/certified Neurologist with additional fellowship training in Neurophysiology/and or Neuromuscular to join our multi-disciplinary team.  Henry Ford’s Neuroscience Institute is one of the largest and most active in the Midwest, offering the most advanced neurologic medical and surgical therapies across all the major subspecialties.

If you are interested in this opportunity, please forward your CV via email to: Gregory L. Barkley, M.D., c/o Laura Settles via the link in the contact section or at lsettle2@hfhs.org. I may also be reached by phone at (313) 282-4747.

Thank you in advance for your consideration,

The Henry Ford Medical Group is one of the nation’s largest and most experienced group practices, with 1,900 physicians and researchers in more than 40 specialties.  The System also includes six hospitals, Health Alliance Plan (a health insurance and wellness company), Henry Ford Physician Network, a 150-site ambulatory network, and many other health-related entities throughout southeast Michigan, providing a full continuum of care.  The System's flagship, Henry Ford Hospital in Detroit, is a Level 1 Trauma Center recognized for clinical excellence in cardiology, cardiovascular surgery, neurology and neurosurgery, orthopedics, sports medicine, multi-organ transplants and cancer treatment. With more than 30,000 employees, Henry Ford Health System is the fifth-largest employer in metro Detroit, and among the most diverse.