When states and cities around the country initiated shelter-in-place procedures to help fight the coronavirus, the impact was felt on every aspect of daily life—including the process of securing work. Suddenly, candidates and employers who were anticipating site visits to help them finalize decisions found themselves scrambling to substitute video and phone “meetings” instead.

The “new normal” is working well

According to Marissa Whalen, neurology recruiter with Rosman Search, Inc., the transition to virtual hiring has gone fairly smoothly, all things considered. One reason, she says, is that most organizations were already conducting phone interviews for at least the initial stages of their hiring processes, so the “new normal” merely extends the remote aspect. “Typically, we would see employers start with a phone interview and then invite the candidate for an in-person interview or site visit,” she explains. “Now, it’s going to stay with virtual interviewing for the next stage, where they might do a more in-depth phone interview or perhaps a video interview in place of the site visit.”

Why a more in-depth phone interview instead of advancing directly to video? As Whalen notes, some of the interviewers might now be even busier than usual, with less ability to head back to their offices at a scheduled time. “If a chief of neurology couldn’t easily sit in front of a computer for the meeting, the phone would be a good alternative,” she says. Even so, she doesn’t expect candidates to be hired without being “seen” at all. Whether by video or in-person, neither party in a hiring situation will likely feel comfortable making a commitment without the visual cues that come from seeing each other in real time.

From virtual tours to daylong video-thons

Indeed, some organizations are so eager to provide those extra cues, they’re including “bonus material” in the conversation, like a walk-around tour of the candidate’s prospective office or clinic. While these are fun experiences, Whalen warns that other interview processes hew more closely to the traditional in-person model, with back-to-back video meetings that can run an hour or more, or which segue directly into the next meeting. “With a series of people interviewing you,” she says, “you could be sitting in front of your laptop from 8 to 5, with just short breaks to use the bathroom or get something to eat.”

Given how tiring it is to be “on” for a full day in front of the camera, candidates might be glad to learn that some organizations have moved to splitting up the video interviews. “Now we’re also seeing where they’ll schedule one or two interviews on one day of the week, and another couple of interviews later in the week,” Whalen explains.

However the remote sessions are conducted, Whalen advises candidates who are serious about a position to extend their outreach beyond the formal interview process to help make up for some of the input they’d normally receive from the site visit. For example, speaking or emailing with nurses or doctors not involved in the recruitment process can provide the opportunity to ask questions such as, “What is a typical day like for you?”

Although Whalen says that Rosman Search has seen a “small percentage” of employers place their hiring process on hold, for the most part they’ve been moving forward. “In a few months, I think we’ll see more movement than ever before, as we get through the backlog on any interviews that were delayed,” she predicts. In the meantime, candidates receiving offers are needing to balance the desire to sign a contract with any discomfort they may feel about not seeing their future workplace in person.

“We’re definitely seeing offers extended on virtual,” she says. “How the candidate responds comes down to their comfort and priorities. The ones who don’t want to do that are going to be the people who want to see the community or their workplace first. But there are others who are anxious to get things wrapped up, or perhaps they already know the community and they’re ready to get this done. People with J-1 visa concerns are already watching the clock, so they may be more inclined to accept a virtual offer.”

Will the “new normal” become…normal?

Here’s an interesting question: If candidates or organizations could choose between virtual interviewing and the traditional on-site process, which would they request? Whalen can see advantages for both methods. On the one hand, she says, “Virtual interviewing isn’t anybody’s ideal. Everybody likes to meet people in person and pick up on the vibes to see how they get along with each other.” But on the other hand? Virtual interviewing may help cash-strapped organizations to “see” more candidates, while letting time-starved candidates consider more employers. At the very least, Whalen anticipates that candidates might slip a virtual visit into future hiring processes, to help them clarify their thinking before accepting an offer.

As for the current crop of candidates, Whalen suspects many or most will find themselves participating in a virtual interview process before landing their offers. And when that happens, she has this advice to share: “Remember that we’re all experiencing this together. If anything goes wrong with the process, take a deep breath, because it won’t reflect on you. We all just have to learn how to do this.”

1. Prepare for the interview as usual. Although the format is different, the content of the conversation is likely to be the same as if you were meeting in person. “It’s still an interview process,” Whalen says. “Learn about the job, research the program, prepare your questions, and look up the interviewers online to understand more about their backgrounds.”

2. Post notes where you can see them. If your workspace includes a vertical surface where you can pin a shortened version of your notes, you won’t have to rattle through papers or spend as much time looking down while you’re on camera.

3. Control your environment. A quiet room with no distractions is the ideal for video conferencing. Whalen recommends putting your light source in front of you and using a simple backdrop such as a blank wall or uncluttered bookcase. These steps will help ensure you show up well on your interviewers’ screens.

4. Manage your equipment. Of course you were planning to turn off the notifications on your laptop or cell phone (right?). But did you also have “practice with the microphone and camera” on your to-do list? Even if you’ve been using these tools regularly, it’s smart to confirm that everything’s working as it should.

5. Consider an upgrade. If you’re scheduled for an interview tomorrow, now is probably not the time to experiment. But if you have the extra time to try new equipment, you’ll likely find that external cameras and microphones provide notably better video and audio than their built-in counterparts.

6. Dress nicely—top to bottom. Even though the interviewer will never know what you’re wearing below camera level, you will. Taking care with your clothing, hair, and makeup is part of what makes a meeting special, while giving you an extra edge mentally.

7. Smile. As Whalen notes, “We always say that you can hear a smile over the phone. When you’re face to face in a video interview, they can actually see you smile. This is a situation where a positive attitude is just invaluable.” 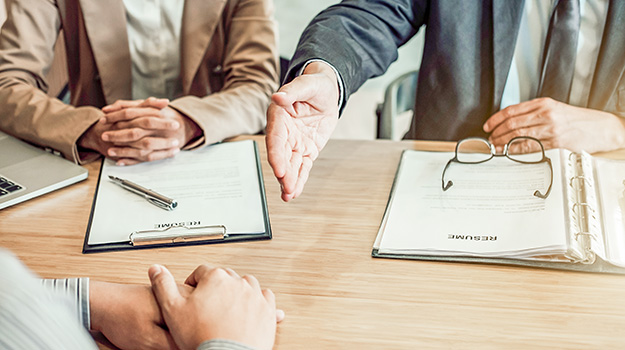 Five Tough Interview Questions—and How to Handle Them 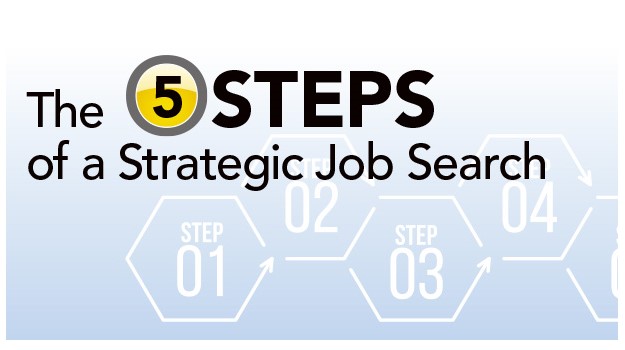 The Five Steps of a Strategic Job Search 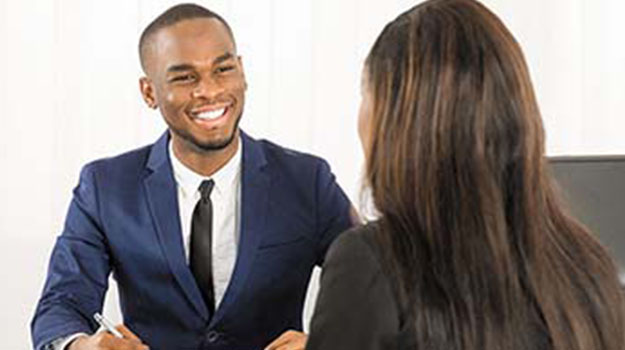 Behavioral Interviewing: Tell a Compelling Story with Your Answer