Question: At a time when health care practitioners are more strained than ever before, which tasks would they certainly like to do less frequently—or never? If your answer included mandated reporting to Centers for Medicare & Medicaid Services (CMS) and other insurers to maximize appropriate reimbursement, there’s good news. The Academy’s Axon Registry® has been helping to relieve that burden since 2016, with the number of practices reaping the benefits more than doubling in that short time.

What is the registry, and what does it do?

In a nutshell, the Axon Registry is a neurology-focused clinical quality data registry. That’s one of those definitions in which every word matters, but perhaps none so much as “neurology-focused.” The registry helps alleviate the fundamental imbalance experienced by neurologists trying to meet reimbursement standards implemented under the Affordable Care Act that have been based on the general practice of medicine rather than specialty areas. At the same time, focus on measures important to neurologists also ensures that their quality improvement efforts are rooted in data relevant to their specific practices and sub-specialties. As an example, the list of metrics measured by the registry includes such neurology-specific concerns as the staging of dementia, counseling for appropriate exercise for patients with MS, and counseling on how epilepsy treatment affects contraception.

The registry is free for Academy members, but to participate, their practices must invest some upfront time in syncing their electronic health record (EHR) systems to allow automated retrieval of (anonymous) patient data by the Academy’s technology vendor. The setup process is relatively simple, requiring a few hours spread out over a series of phone calls with the vendor. Other than this, the only other effort involves the actual input of the data, which most practitioners are already doing. In a few cases, where the practice’s electronic health records system does not integrate well, the information needs to be uploaded each day by someone at the practice.

Once the information has been uploaded, it can serve a number of functions. In addition to meeting insurers’ reporting requirements, the data becomes part of the practice’s dashboard. Here it can help the group’s practitioners to identify trends or gaps in services, as well as issues revealed by the quality metrics. But the data serves a larger purpose as well. When it joins a broader data set (it’s important to note that the data collected is aggregate, with no way to identify individual patients), the information helps demonstrate larger trends and issues, of use to all the neurologists participating in the registry.

What has happened since the 2016 launch?

Sarah Benish, MD, FAAN, has been involved with the registry since joining the AAN work group in 2014 where the decision was made to recommend that the Board of Directors endorse its creation. Having participated in every stage of the registry’s development and launch, she now chairs the Registry Subcommittee, which manages its ongoing maintenance and improvement. From this vantage, she’s able to see the current strengths of the registry and the areas that need further development. For example, she says, “We’ve been successful in the launch and in recruiting, and we’re filling in the gaps where information is being collected. We’ve also been very successful in meeting MIPS criteria for CMS.” (MIPS stands for Merit-based Incentive Payments System, which has been part of the CMS program for reimbursing on a quality-of-care basis rather than fee-for-service.)

The recruiting numbers Benish refers to are impressive. In January 2020, the number of enrolled practices was 173, up from 70 in mid-2016, with nearly 1,300 practitioners currently participating. In that time, information from an astonishing 2.4 million patient visits has been recorded, up from just 291,000, providing a veritable treasure trove of data. The measures being reported have also more than doubled, from 22 at the registry’s launch to 50 today. Indeed, on this last growth point, Benish notes that the registry has now matured to the level of needing further analysis on the measures themselves. “Once you launch quality measures,” she says, “you have to constantly update them or they lose their usefulness. Now, our monitoring includes the question of which new measures to add, and whether we should retire any if they’re not useful, or if they’re past their prime in our scientific knowledge.”

Benish also acknowledges that the measures have now expanded to the point that individual practitioners would not be able to use them all. “That would be too cumbersome,” she says. “We’re expecting that people would, at maximum, sign on for 10 measures.” Having too many useful measures to choose from? That’s a good problem for neurologists to have.

Another development since the registry’s launch has been the creation of its first validation study—a point of some pride for the Academy. Although other specialty medical associations have also launched registries, Benish notes that AAN is the first to take this next step to validate the program and its data. So far, she says, their work has uncovered gaps in data collection that have prompted more robust onboarding processes for new practices and corrections for current practices. “Generally, we found that if people were entering information in discrete fields, the accuracy improved,” she notes. “The free-form text was where we found issues. We would never tell providers they have to provide the information in a certain way, but now we can help them see other ways to be more accurate.”

The Axon Registry has been integral to the work of Neeta Garg, MD, at the University of Miami. In addition to serving as associate professor of clinical neurology and director of quality for the neurology department, she is also the Axon Registry liaison, charged with ensuring the quality and timeliness of data submitted to the registry. As one could expect, all her duties have changed somewhat in the wake of COVID-19 requirements for sheltering in place. For example, the outpatient session she leads each week at the University of Miami MS clinic are now conducted remotely as are the weekly clinic sessions at Jackson Memorial Hospital. Supervising, teaching, and training trainees (residents and post-doctoral fellows) through these remote clinic sessions has been an interesting and learning experience for her. Technology has really been an invaluable tool both for delivery of health care for the patients and education and training for the students via Zoom and other video conferencing platforms.

Even with all of the changes that needed to happen in rapid order, data submission for the registry has gone smoothly. “The documentation for the televisit is the same as for an in-person visit for the most part,” she explains. “All the historic data points, everything that’s part of a note, are documented the same way. It’s only the physical exam that’s either not happening or is very limited given the constraints of the visit being done through video communication.”

Leadership on quality improvement and optimal use of the registry were both new roles for Garg when she came to the University of Miami from Massachusetts in 2018. Needing a way to ramp up quickly, she decided to create a poster presentation on the registry experience at University of Miami, which she presented at the 2019 Annual Meeting, with the subtitle, “Limitations and Barriers to Optimal Participation and Performance.” From that exercise, she learned that the process of data collection and submission for the system was somewhat cumbersome and could be made smoother for their practice and others. On the other hand, she also identified many advantages, including an easily navigable dashboard, good technical support from the Academy and its vendor, and the fact that participating doesn’t require any special resources to set up. She envisions future improvements that might include visuals and quarterly reports to make the information more quickly accessible to time-strapped neurologists.

For now, Garg has this recommendation for practitioners who use the registry: “Your quality team should do a monthly random chart review to ensure accuracy of the data. We were doing this at Miami periodically until last year but now we’ve fallen away from it. I think it’s good practice and I want to get back to it when we’re able to get our team together again.”

Not surprisingly, Benish and her subcommittee also have ideas for the future of the registry. For one thing, she expects what she calls exponential growth in the data volume when larger practices begin signing on in greater numbers. To date, that enrollment has been slowed by the longer decision processes used by universities and large health systems—a fact Benish knows well. As an associate professor of neurology at the University of Minnesota, she’s had to wait until just recently for the M Health Fairview system to get up and running on the registry. She’s now looking forward to having more hands-on experience with the registry inside her own practice.

In the meantime, her goals for the system remain steadfast: “What I’m hoping is that the registry will show us areas where we can learn how to improve our care, and then we can provide tools for our membership for improving care for those populations that aren’t served well now. Our ultimate goal is to carry information about the entire spectrum of neurology care that’s out there, including small and large practices and individual providers.”

One barrier Benish believes the registry can help to reduce is the tendency for some doctors to shy away from metrics. “I think a lot of doctors get scared of quality metrics,” she says. “They look at their score and if it’s 90 percent on a migraine treatment, they think ‘Oh gosh, that’s negative.’ Doctors are over-achievers and they see it as bad to be less than 100 percent on something.”

Rather than focusing on the negative aspect of a number, Benish wants to accentuate the opportunity for improvement. “The role of the Academy is to offer solutions,” she notes. “Everyone went into medicine to help people and we want to support that. As doctors, we all have to get over our fear of not being perfect. We need to recognize that if we don’t measure, we don’t know where we stand and we can’t improve.” 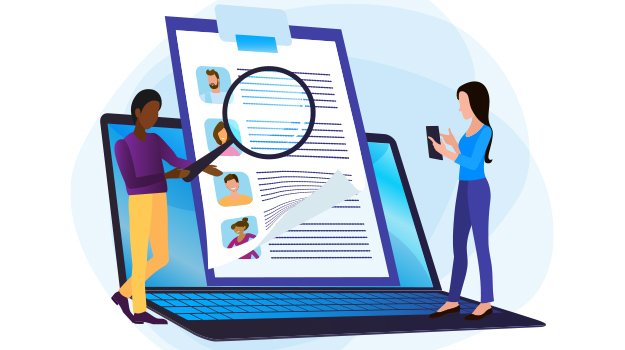 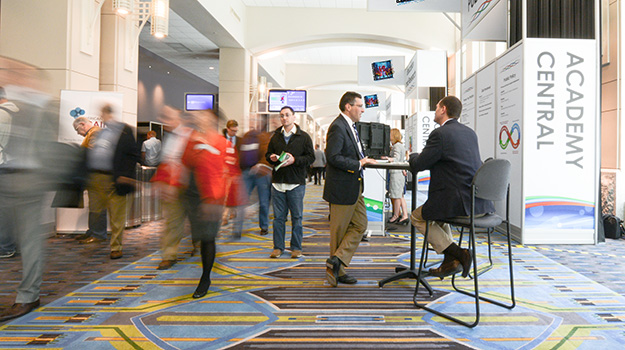